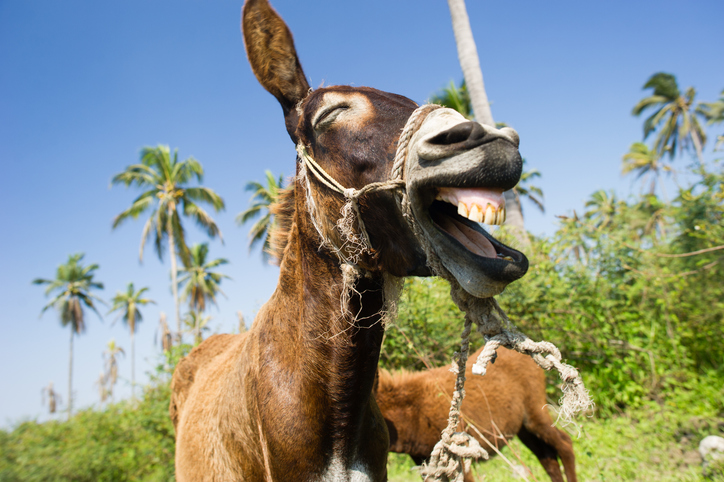 The following tale is the first in a two part series relating to a couple of recent decisions from the United States Tax Court. Both decisions center around the often-litigated topic of a taxpayer’s profit-motive and whether those taxpayers should have been the allowed the losses stemming from their breeding businesses.

On December 21, 2021, the United States Tax Court issued a memorandum opinion in the case of Huff v. Commissioner (see Docket No. 22604-17), which was related to the deduction of business expenses for an animal breeding operation. In the Huff case, the operation at question was called Ecotone Farm, LLC (Ecotone), created by William R. Huff and Cathy Markey Huff in 2004. Mr. and Mrs. Huff, otherwise wealthy individuals, eventually turned Ecotone into a miniature donkey breeding business for their daughter, who had experience working with animals but was having trouble sustaining herself through work related to those interests. They settled on this model after consulting with one Arthur Papetti, a friend and businessman who had experience in the field. Mr. Huff used his experience as an investment manager to attempt to fully develop Ecotone into a self-sustaining business operation. He had hoped to turn Ecotone over to his daughter at this point, allowing her to benefit off of his sweat equity. They began the miniature donkey breeding business in earnest by mid-2010.

Relying largely on the expertise and advice of Mr. Papetti, Ecotone expanded its operations over the years, but not without difficulties. In some cases, foals were delivered stillborn or with genetic deformities (this, obviously, hurt their economic potential). In other cases, the donkeys selected for breeding were “simply uninterested in the pleasures of the flesh,” as the Tax Court so eloquently put it. At the same time, Mr. Huff and Mr. Papetti also disagreed on breeding timelines, with Mr. Huff wanting to prolong the period between a female donkey’s gestations. All of these factors, combined with a decline in miniature donkey prices since starting the operation, led to net losses from 2010 through 2017, as reported on Ecotone’s partnership returns. The Internal Revenue Service (IRS) determined deficiencies for the 2013 and 2014 tax years and claimed that the Huffs had not been breeding miniature donkeys for the primary purpose of making a profit.

Generally, taxpayers can deduct any ordinary and necessary business expenses that are paid or incurred in the normal operation of a trade or business. If a taxpayer is participating in an activity for reasons other than profit, such as for sport or hobby, then those expenses cannot be deducted. The IRS determines whether a taxpayer participated in an activity for profit according to an evaluation of all facts pertaining to nine objective factors: (1) the manner in which the taxpayer carries on the activity; (2) the expertise of the taxpayer or his advisers; (3) the time and effort expended by the taxpayer in carrying on the activity; (4) the expectation that assets used in the activity may appreciate in value; (5) the success of the taxpayer in carrying on other similar or dissimilar activities; (6) the taxpayer’s history of income or losses with respect to the activity; (7) the amount of occasional profits, if any, from the activity; (8) the financial status of the taxpayer; and (9) elements of personal pleasure or recreation. The taxpayer’s statement of intent is not one of these factors. See 26 CFR § 1.183-2 for more specifics regarding these factors.

In its evaluation of these factors, the Tax Court determined that Mr. Huff had operated Ecotone with the objective of making a profit. Among other factors, Mr. Huff conducted or hired others to conduct extensive research relating to miniature donkey breeding; Ecotone operated in a businesslike manner (with extensive recordkeeping and the like); Mr. Huff intended to hand over the business to his daughter; and Mr. Huff testified that he derived no personal pleasure from the miniature donkeys, saying, “that miniature donkeys are ‘quite ugly’ and look like a ‘gigantic hairball.’” Despite the fact that Ecotone had been operating without a profit, the Tax Court concluded that the breeding operation was undertaken for the purposes of making a profit. Even though previously existing wealth (Mr. Huff had been a hedge fund manager and Mrs. Huff an attorney) could have easily sustained Ecotone through its operating losses, its profit-making structure meant that its ordinary business expenses were deductible. This stands in contrast with the second opinion issued from the Tax Court for Skolnick v. Commissioner, which will be addressed in a subsequent blog post and part two in our sordid tale.