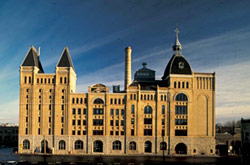 In the early 1980s, there was an almost endless supply of tax shelters promising deductions and credits that produced benefits far in excess of the investor’s contribution. These shelters were not just for wealthy, promoters pushed them on the average income earner as both a great business opportunity and an investment that would more than pay for itself with tax deductions and tax credits. Many of these shelters led to disastrous results for the investors. The transactions had some basis in tax law, but they were so poorly structured, managed, and over valued, that they could not withstand even the slightest IRS scrutiny. Many investors had to repay all the tax benefits, plus penalties and interest, at historically high rates, and were left with a worthless interest in a valueless “business.”

The demand for shelters has not gone away, but the promoters understand that the IRS is on the watch for the abusive shelters. The courts are also watching and have produced many decisions eliminating or reducing the values of these investments. A benefit of these decisions is that the courts are giving us a roadmap to spotting the good investments that will deliver the promised deductions and credits.

One shelter providing tax benefits that can exceed the amount invested is the Historic Preservation Conservation Easement. This usually involves an investor providing funds to rehabilitate a certified historic structure. As part of the rehabilitation, the investment entity grants a conservation easement to a charitable organization for conservation purposes. A common example of this is the “facade easement,” prohibiting anyone from changing the facade of the building. There are many ways this shelter can fail, including not meeting the strict requirements of the Internal Revenue Code Section 170, but the most likely problem will be the valuation of the contribution.

The taxpayer can use a variety of methods to value of the charitable contribution, but a common valuation method is the “before and after” method: comparing the value of the building before the owner granted the easement and the value of the building after the owner granted the easement. The greater the difference, the greater the charitable deduction and the greater the tax benefit, subject to the IRS limitations on charitable deductions. Experienced, qualified, and honest appraisers can, and often do, produce significantly different values. Thus, the IRS will almost always be tempted to challenge the value, unless it is extremely conservative.

To understand more about the IRS challenges to these investments, we encourage you to review the decisions of the various courts in the following cases: