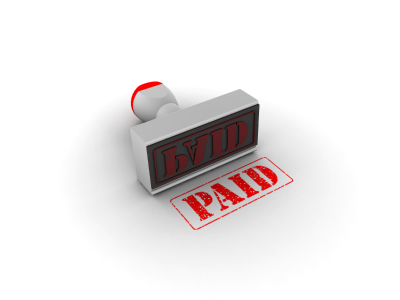 A party seeking to recover administrative costs and legal fees must demonstrate they are a “prevailing party.” IRC Section 7430(c)(4)(A) defines a “prevailing party” as any party which has “substantially prevailed” with respect to “the amount in controversy” or “the most significant issue or set of issues presented.”

The determination of whether a party is a “prevailing party” can be made by:

There is no universal rule for defining “substantially prevailing with respect to the amount in controversy.” Goettee v. Comm’r, 124 T.C. 286, 295 (2005). Courts often compare the amount the IRS alleges is deficient versus the amount ultimately decided upon though an agreement or IRS/court determination. Dixson Intern. Service Corp. v. Comm’r, 94 T.C. 708, 715 (1990). The court cases addressing this topic suggest that a taxpayer will not prevail unless the agreed amount/final determination amount is significantly less than the alleged deficiency. See Goettee, 124 T.C. at 296; Dixson, 94 T.C. at 715; Bragg v. Comm’r, 102 T.C. 715, 719 (1994). For example, in Bragg, the court held that the taxpayer did not substantially prevail as to the amount in controversy when the court upheld more than 70% of the amount stated in the Notice of Deficiency. Bragg, 102 T.C. at 719.

The meaning of “substantially prevail with respect to the most significant issue or set of issues presented” is not clear. A court can determine that an issue to which the parties stipulated is the “most significant issue or set of issues presented,” thereby eliminating the possibility of recovering administrative and legal fees. Goettee, 124 T.C. at 292-93. The courts have stated “in order to determine which issue is most significant, we must determine which issue is primary or most nearly central to the case.” Goettee, 124 T.C. at 296, citing Wilkerson v. United States, 67 F.3d 112, 120 (5th Cir. 1995). The most primary issue does not necessarily mean the issue involving the greatest amount in controversy. For example, in Huckaby v. United States, 804 F.2d 297, 299-300 (1986), the court determined that the most significant issue only involved $1,000 out of a possible $28,000 in issue.