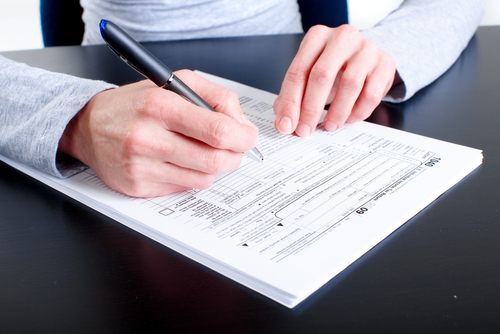 If you want the chance to discharge your individual income taxes in bankruptcy, in Minnesota, file your returns. This is still an option if you live in the Eighth Circuit (this includes Minnesota). It is not an option in some other circuits.

More courts are accepting or at least entertaining the principal that a late filed return is not sufficient for meeting the tests that make individual income taxes dischargeable in a Chapter 7 bankruptcy. (See earlier articles in this blog about the elements necessary to make income taxes dischargeable in bankruptcy.) Fortunately, this is not yet the case in the Eighth Circuit. With more courts considering this issue, now is a good time to review the Eighth Circuit Court of Appeals’ decision in Colson v. United States, 446 F. 3d 836 (8th Cir. 2006), and understand the court’s reasoning and how it differs from many other courts that have faced this issue.

The issue before the court in Colson was whether late filed returns created a tax obligation that could be discharged in bankruptcy? Mr. Colson failed to file timely tax returns for the years 1992 through 1996. The Internal Revenue Service prepared SFRs for the missing returns and issued notices of deficiency. After that, Mr. Colson filed Form 1040s for the years 1992 through 1998. Four years after he filed returns, he filed a petition for relief under Chapter 7 of the bankruptcy code.

The issue was whether the Form 1040s filed by Mr. Colson were actually “returns” under the statute because they were filed after the IRS assessment had taken place. The bankruptcy court held that the forms qualified as returns and Mr. Colson’s tax obligations were dischargeable. The bankruptcy appellate panel affirmed. The Eighth Circuit Court of Appeals affirmed.

The parties agreed that the appropriate criteria for determining whether a document is a return for bankruptcy purposes were summarized in Beard v. Commissioner, 82 T.C.766, 774-79, (1984). If a document contains sufficient information to permit a tax to be calculated and purports to be a return, is sworn to as such, and evinces an honest and genuine endeavor to satisfy the law, it is a return.

The government argued that a Form 1040 filed after the Internal Revenue Service prepared SFRs and assessed the tax can serve no purpose under the tax laws and thus cannot have been an honest and genuine endeavor to satisfy the tax laws and therefore cannot create the tax liability that can be discharged in bankruptcy.

This is a dangerous argument to taxpayers. I’ve met many taxpayers who, for a variety of reasons, could not or did not get around to filing their returns until many years after the date the return was due. They may have had family, financial, health, or business issues that, in good faith, distracted them or took them away from filing these returns. This did not make the returns any less of an honest and genuine endeavor to satisfy the tax laws.

Fortunately, the Eighth Circuit Court of Appeals in Colson found the government’s argument was not persuasive. The Court found that “to be a return, a form is required to “evince” an honest and genuine attempt to satisfy the laws. This does not require inquiry into the circumstances under which a document was filed. . . . We have been offered no persuasive reason to create a more subjective definition of return that is dependent on the facts and circumstances of the taxpayer’s filing. . . . We therefore hold that the honesty and genuineness of the filer’s attempt to satisfy the tax laws should be determined from the face of the form itself, not from the filer’s delinquency or the reasons for it. The filers subjective intent is irrelevant.” This is known as the “objective test.”

The reason is it important to understand the Colson case, and its “objective test,” is that it is a minority position. Other circuits have used a “subjective test” and look beyond the four corners of the document to determine whether the taxpayer has made an honest and reasonable attempt to comply with the law.