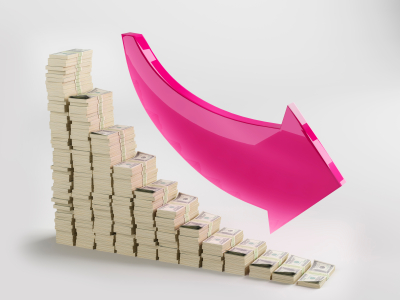 A key factor for most taxpayers negotiating a payment plan or a compromise with either the Internal Revenue Service (IRS) or Minnesota Department of Revenue (MDR) is calculating their ability to make monthly payments. The taxpayer may want to use his or her current income while the IRS or the MDR may insist on using the taxpayer’s income from the last three years because it is much higher and demonstrates the taxpayer’s ability to make much larger payments.

This issue comes up for taxpayers who had years of significant income but, because of a change in the economy or a change in their personal life, are now earning significantly less income. They believe this lower income is their new normal. The IRS and the MDR contend that this is only a temporary dip and, very soon, the taxpayer will be back to earning a higher income and could afford to pay more toward their old tax obligation.

Understanding why the decrease occurred and whether it is permanent are critical to combating the IRS’s or MDR’s perception of the taxpayer’s ability to pay.

The most effective way to eliminate artificial inflation of a taxpayer’s ability to pay and force the IRS or MDR to use current income numbers is to provide detail of why the decrease in income occurred and why the taxpayer expects that decrease to be permanent. Be specific. Give examples with adequate detail to support the new income information. For example, in 2008, when the real estate market crashed, many realtors saw a decrease in both the amount and frequency of their commission checks. There were countless reports and stories confirming the real estate collapse. The stories support using current numbers, rather than income averaging, for those taxpayers affected by the collapse.

In addition to explaining why the drop in the income occurred, explain why the reduction is permanent. In the realtor example above, those taxpayers could have provided the IRS or MDR with studies confirming that real estate prices were depressed and future prices were projected to remain low. Those studies support the argument that those taxpayers could have expected their decrease in income to be permanent.

Both the IRS and MDR encourage taxpayers to provide them with the explanations and documentation described above. If a taxpayer adequately demonstrates that their current income is their new normal, both the IRS and MDR will exclude the artificial inflation of income resulting from a high income history.